A Motel Makeover: The June Motel at Sauble Beach | Articulate
Skip to content 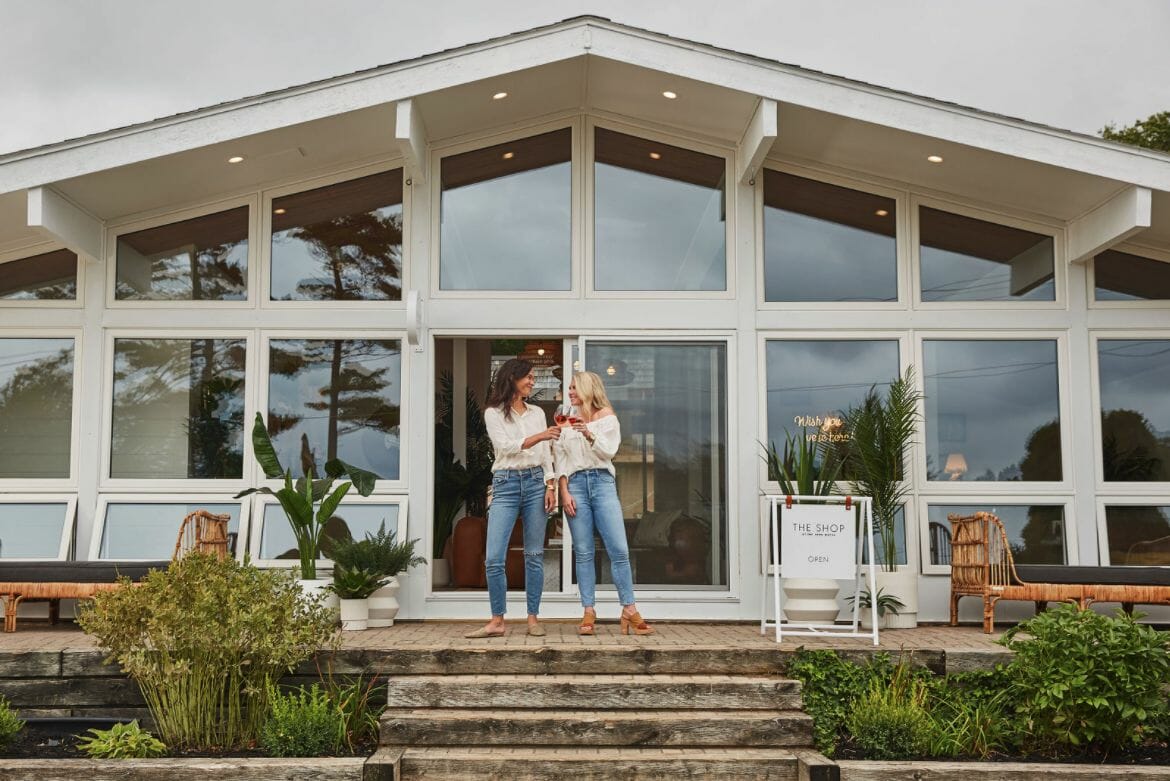 A Motel Makeover: The June Motel at Sauble Beach

Ever thought about ditching your 9-5 for the suite life? No, we don’t mean a vacation. No, we didn’t misspell “sweet.” We’re talking about the glamorous undertaking of buying, renovating, and opening a motel. With your best friend. Also, you live together in one of the suites.

If this sounds like the premise for a TV show, that’s because it is. But sometimes truth is stranger than fiction: when best friends Sarah Sklash and April Brown met at Western Ontario University, they connected over their entrepreneurial streak… and their love of wine. During a trip to Prince Edward county with some girlfriends, April and Sarah happened upon a dingy motel popular with the hunting and fishing crowd. At that time, Sarah and April were considering hosting a weekend event, and were casually looking for places to host. But Prince Edward County — a burgeoning wine region in southern Ontario — had a ton of unrealized promise: young winemakers were flocking to the region to buy land and experiment with new styles of wine. The county is an accessible drive from downtown Toronto, and already a popular destination for city-dwellers to enjoy a weekend away. The conversation moved from “let’s see it” to “let’s buy it!” within a matter of hours. 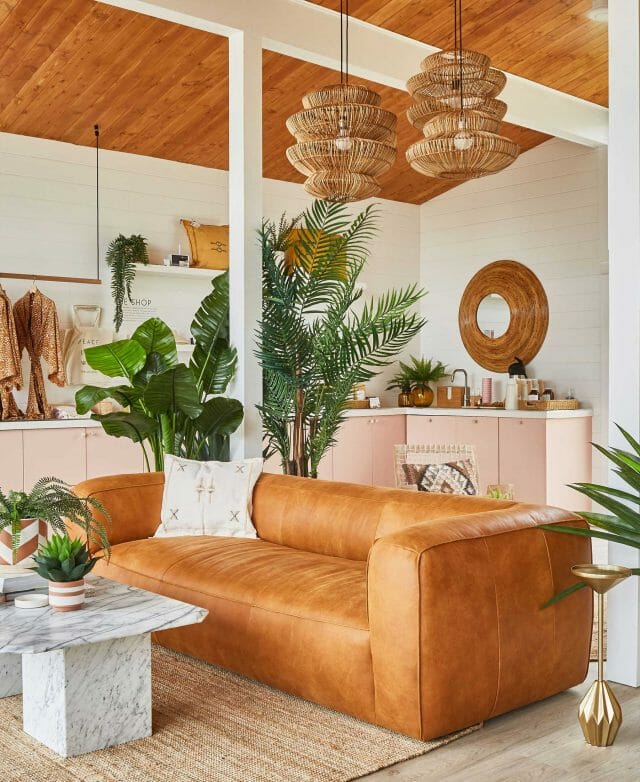 The Cigar Sofa sitting pretty in the June lobby. A pair of large Suru Pendant Lamps complete the picture.

While their energy and attitudes leant themselves to entrepreneurship, their previous work experience did not. Having worked in communications and government, Sarah and April came to the experience of motel renovation with an extremely tight budget and a lot of YouTube instructional videos. They moved into a small suite above the lobby bar, and after hours of work, a lot of trial and error, and six seasons of Schitt’s Creek, they opened Prince Edward County’s June motel.

Of course, it wasn’t quite that tidy. But it did catch the attention of Netflix, and inspire their brand new show, Motel Makeover, which premieres today.

“When we opened the June in Prince Edward County, we did around 90% of the work ourselves. Our budget was just so, so small. We had a lot to prove the first time around,” said Sarah.

While their second location in Sauble beach had a bit more budget to work with, the realities of building a motel during a global pandemic and shifting provincial health regulations makes for some good TV.

“We’d loved the process of finding this diamond-in-the-rough property and transforming it, but for Sauble we hired a team and worked alongside professionals,” said April of the second crack at motel renovation. “We had an existing property to oversee. We just couldn’t do all that ourselves.”

Amber blankets and a wainscotted headboard keep the mid-century feel alive while leaning into modern textures.

When approaching the renovation of both locations, April and Sarah approached “June” like she were a person rather than a building. If June’s Prince Edward County location was her wine-country home, what would her beach house look like?

Taking inspiration from the sunny style of the 60s and 70s, and the architectural bones of the motel itself, April, Sarah, and their team took the motel from dated to stylishly kitsch. Wood panelling, sun-bleached wallpaper, and a selection of mid-century pieces from Article gives the space a look that is at once retro and contemporary.

When asked how they knew they were ready to take on a second location and expand the June’s footprint, Sarah and April both smile.

“Whether or not we were ready, we were eager to go through that creative process all over again. It made us. You have to make yourself ready,” April explained. “We’ve also learned a lot of lessons in adding [the] second property. It also made us more efficient: we had to put in more processes and grow.”

Even Google Agrees that Entertaining is Tough.