All of the Lights: An Install with Endeavour Neon | Articulate
Skip to content All of the Lights: An Install with Endeavour Neon

We’ve been building since the beginning of time. For shelter. For play. Just to see how elements look and feel. Makers tend to itch from an early age to put things together. That’s how it worked for a lot of the design team at Article. Almost every member of the team has a side-hustle: a pottery line, an interest in dance, a penchant for flowers. The design team brings a collaborative point of view to their work, so when given the opportunity to work with Endeavour Neon on an in-office installation, they set about combining their skillset with neon-bender Andrew Hibbs’ pursuit of the perfect arc.

As technology shifts the way we work, so too have the patterns of familial labor traditions, and few trades are passed from the first generation. While technology creates more jobs than it destroys, the landscape of work is shifting under our feet. So when Andrew Hibbs showed an interest in his father’s neon-bending shop, he was warily optimistic.

“I had two brothers that had both tried bending and pumping neon, but they didn’t like it.” Hibbs said. “I think my dad was happy to have passed the craft down to one of his kids.” 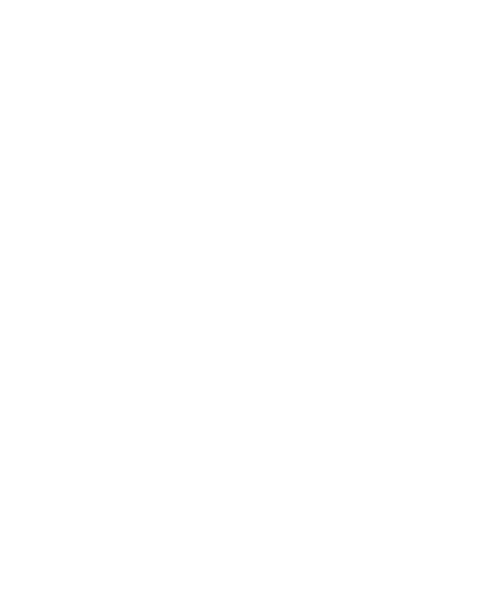 Neon is not something you just pick up. Though Vancouver was once lauded as the epicenter of neon art, aggressive clean-up policies of the 1970s labeled the signs as “dangerous distractions” and razed the city’s 19,000 glowing signs to fewer than 100 by the early 1990s. Around the time Hibbs Sr. was entering the business, neon-bending was a dying art relegated to OPEN signs, and unfairly associated with the city’s seedy underbelly (presumably because said underbelly wasn’t moved by the legal ramifications threatened by the city). Some of Vancouver’s iconic signs were salvaged and saved in personal collections, but thousands more were lost to the dump.

Beyond the bylaw constraints, neon-bending is a dangerous and fickle practice. Benders work with bare hands and forego masks to achieve precision muddied by protective layers. With a rubber tube balanced between pursed lips, benders hold delicate glass tubes to a flame reaching up to 1400ºC, gently blowing air into the tube they’re heating to keep their bends from pinching. Working from a single line, benders must measure and trust the exact lengths needed to produce their desired shape. There is no second try at a bend. The heat and stress required to make a bend in the delicate glass tube offers the bender a single shot at their turn.

Andrew started in the neon workshop when he was young enough to be excited rather than intimidated by such constraints. At 13 years old, Hibbs Sr. showed Andrew how to pump Argon and Neon gases — the elements that give neon signs their distinct cloudy glow — into finished tubes. It would be several years of learning to repair and patch before Andrew would be allowed to make his first bends, but it was a fateful beginning in his father’s garage-studio. In high school Andrew officially apprenticed with his father.

“[The apprenticeship] gave me the opportunity to make sure neon-bending was what I wanted to do for the rest of my life,” Hibbs said. Though he tried a few other careers after high school, he kept returning to his father’s studio to bend. In 2010, he returned for the last time.

Around 57 at this time, Hibbs Sr. passed his neon clients to his son before entering a semi-retirement (“semi” being the keyword, says Andrew). Though neon wasn’t exactly experiencing a resurgence in popularity, policy attitudes had relaxed, and Andrew was keen to take his craft in a direction that celebrated an artistic point of view. Endeavour Neon was born in an effort to establish a separate identity for Andrew’s neon work.

“I started Endeavour Neon to go in a different direction, doing artistic signs instead of just commercial. Most of my signs are now art pieces,” Andrew says.

Andrew blows air through a firing tube to help it retain its shape.

Much of the design business relies on communicating value. Connecting people to the method of craft is a difficult process in an end-product oriented marketplace. The Article design team thinks about how to communicate the value of a piece as much as they think about spec-ing dimensions and styling shoots. Which is a lot. When tasked with the job of giving our office space a Vancouver-welcome, neon felt like a clear choice. The Article offices are hosted by a century-old warehouse space that would have seen the rise and fall of neon through the 20th century. Neon is nostalgically connected to retail, and our design team leaned into the counter-cultural read of the buzzy lighting. Add in that we’re changing the traditional retail model and well … you can see the levels of appeal that neon offered.

“Whenever I see a cool font, or a painting, I am thinking about how it would translate to neon,” Andrew says of his creative process. “When I collaborate with my clients, I’m doing the same thing. Looking at their needs, understanding what it is they want out of the project, and then working together to make it perfect.”

Whether it’s an abstract painting or a meticulous font, Andrew considers how scale will affect his designs. Tight turns necessitate technique, and something a larger size. For Article’s logo, Andrew and the design team were faced with the challenge of choosing the best way to make the sign shine – literally.

“Geometric shapes are hard. I had to map the neon out and divide it into different neon units before we could decide which parts of the logo would look best in neon,” Andrew said. The Article sign is eight feet tall, and every inch of the glass has to pass through the fire and be meticulously shaped to create a consistent line.

“With the two circles side by side, the bends need to be perfect. Your eye will catch even the smallest waves of neon.”

All of this comes into consideration when Andrew meets with the Article team. Every design directive is met with a technical question before a decision could be made. For example, if the piece in question needs different colors, Andrew needs to understand a way to incorporate and puzzle together the gases at hand. Wiring also affects the final product: how much is needed? How can it be most effectively hidden? The Article team knew that neon suited the character of their Vancouver-heritage space, but securing it to the cement wall needed consideration around presentation. Andrew drummed up a conduit and painted it white. The end result is a symbol of Article’s commitment to the design process, and our appreciation for craft.

When we walk in to work in the morning, an emblem of skill, design history, and collaborative process shines down on us. It’s a good way to get to work.

Passionate about design, craftsmanship, and striving to be better? The Article team is hiring. Take a look at our open positions — we would love to hear from you.

One For Mom Giveaway